Most of us have probably heard of Zika and know it is most often transmitted through mosquito bites and unprotected sex with infected people.  Zika is also linked to birth defects.

This is not a blog post about Maryland law or medical malpractice.  But we are interested in the health of babies. This is something that people need to understand. 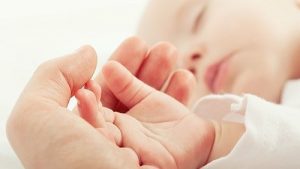 While Zika is usually not life-threatening, the problem is that many infected people will not even know it. Often, the Zika virus will only cause very mild symptoms if any at all. An infected person may have a fever, rash, headache, joint pain, red eyes, and/or muscle pain that lasts for only a few days up to a week.

Usually, an infected person will not become sick enough to require medical care, although in rare cases they might, and after the virus subsides, the infected person will usually be protected from future infections. Unfortunately, there is no vaccine, treatment, or cure for Zika and in order to protect yourself, you must take preventative steps to prevent mosquito bites, especially if you are traveling to an area where the virus is known to be such as Africa, Southeast Asia, and the Pacific Islands.

What you may not know, however, is that if you are pregnant and become infected by the Zika virus, it could also infect your baby and cause birth defects. That’s right, Zika has been associated with several birth defects and birth injuries and a lot of research is being conducted to learn more about it. When a fetus is exposed to the virus before birth, that exposure causes Congenital Zika syndrome.

This could be because of a mosquito bite or from the mother having unprotected sex with an affected partner. Congenital Zika syndrome encompasses a unique number of birth defects that are found in fetuses and babies infected by Zika in utero. For one, it is known that microcephaly can be caused by an infection during pregnancy. Additionally, infection during pregnancy has been associated with miscarriages, stillbirth, and Guillain-Barre syndrome. When it comes to Congenital Zika syndrome, however, it is defined by five distinct features, including:

Ø  Scarring and/or pigment changes in the eye

Ø  Limited range of motion in joints

It is very common for babies who were infected before birth to have damage to the area of the brain responsible for vision that could affect their visual development and/or eye damage. Additionally, microcephaly is not necessary for a baby to have eye damage. Babies can have eye damage with or without microcephaly. When it is known that the baby has been infected by Zika, it is imperative to have the proper tests and screenings done in order to the check for eye problems even if the baby seems to be healthy.

After collecting data from these children, including measurements of physical, motor, sensory, and cognitive development, the researchers then performed statistical analyses to look for any correlations with congenital Zika. The results were rather troubling, as strong correlations were discovered in children with cerebral palsy and probable congenital Zika. Nearly 62% of the children had severe congenital microcephaly, 63.4% had epilepsy, 93.2% lacked expected postural reactions, 94.7% showed abnormal persistence of primitive reflexes, and 97.6% exhibited severe neuroimaging abnormalities, primarily calcifications. Of most concern, however, was that 96.3% of the children had spastic cerebral palsy, which is a very severe form of it. Additionally, researchers observed very low cognitive, language, and motor developmental performance scores in children with congenital Zika. Lastly, a statistically significant correlation was discovered between the cognitive and motor score of a child with congenital Zika and head circumference.

These results led to the conclusion that congenital Zika may be associated with spastic cerebral palsy resulting in severe neurodevelopmental impairment and a low prognosis for the likelihood of independent walking. Additionally, the results suggest that given the correlation between head circumference and cognitive and motor scores, head circumference could be a prognostic marker among children who could have cerebral palsy associated with congenital Zika. The researchers who conducted this study hope that while the results were strictly observational, given the new association with spastic cerebral palsy perhaps it will encourage the establishment of goals for the rehabilitation of children with probable and confirmed congenital Zika as well as help to identify priority health services.

While congenital Zika is known to be associated with microcephaly, this is the first study to find it is also likely associated with spastic cerebral palsy. It is important to know that not all babies born with a congenital Zika infection suffer from these problems. But it significantly increases the likelihood. Researchers all over the world are working hard to better understand the relationship between the Zika virus and birth defects, but if you are pregnant, it is very important to take the proper precautionary steps to avoid contracting a Zika infection if you are in an area or traveling where there have been known cases.

If you have been in an area where Zika is prevalent or just recognize the symptoms and you are pregnant, be sure to get checked immediately. While researchers are uncertain, the evidence that is available suggests that if a woman who is not pregnant contracts a Zika infection, after the infection clears from her blood, it should not affect future pregnancies. Additionally, after the infection has cleared, you should be protected from future Zika infections.