Earlier this year, Johnson & Johnson recalled several popular spray-on sunscreen products after testing found that the sunscreen contained benzene, a dangerous carcinogen. Now sunscreen lawsuits are being filed across the country and may eventually get consolidated into a new “class-action” MDL.

The product liability lawyers at Miller & Zois are currently looking for new sunscreen lawsuit cases from individuals who regularly used one of the spray-on sunscreen products recalled by J&J and were subsequently diagnosed with leukemia or certain other types of cancer. In this post, we will look at the details that led to the sunscreen recall and explain who might qualify for a sunscreen lawsuit.

Valisure is an independent pharmacy with its own product safety testing laboratory. Valisure regularly performs random quality and safety testing on various consumer products and drugs. Back in May, Valisure release a public safety notice stating that lab testing of various spray-on sunscreen products found that these products contained dangerously high levels of benzene.

The presence of high levels of benzene in sunscreen caused immediate alarm because benzene is a toxic chemical that is well-known to cause cancer in humans. Benzene has been around for a long time. Benzene is a product of crude oil and it is widely used for various industrial applications, most notably to make plastic.

Benzene is now universally recognized as a human carcinogen. A wealth of scientific studies have linked prolonged exposure to benzene to cancer (particularly leukemia) and other medical conditions such as bone marrow failure and cardiovascular disease. The specific malignancies that have been linked to benzene include acute myeloid leukemia (AML), aplastic anemia, acute lymphoblastic leukemia (ALL), and chronic myeloid leukemia (CML).

Two months after the Valisure report was released disclosing the presence of benzene in certain spray-on sunscreen products, the consumer product giant Johnson & Johnson issued a nationwide safety recall for several of its most popular sunscreen products. The sun care products covered by the J&J recall included those under the Aveeno and Neutrogena brands. 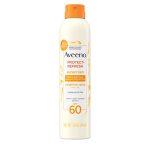 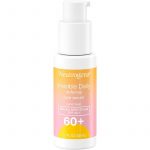 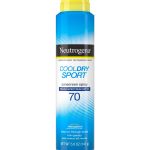 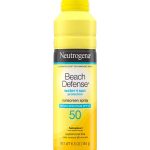 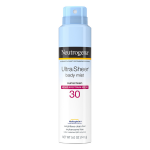 All of these products were found to contain levels of benzene at the high end of the levels found in the Valisure testing. The details of J&J’s own internal testing were not publicly released, but they were presumably consistent with the Valisure results.

There are some other sunscreen lawsuits getting filed in which the plaintiffs are alleging that their prolonged and frequent use of J&J’s recalled sunscreen products caused them to develop leukemia or suffer other adverse health consequences. These more traditional product liability lawsuits are asserting negligent and strict liability tort claims against J&J and are growing in number.

Do You Qualify for a Sunscreen Lawsuit?

Benzene has also been shown to cause harm to the ovaries in females, leading to decrease ovary size and function.

An example of an “ideal” sunscreen lawsuit plaintiff would be someone who maybe worked outside in the sun all day (e.g., a roofer) in a place like Florida or California and primarily used Neutrogena spray-on sunscreen (or one of the other recalled brands) every workday for several years.

What sunscreen products were recalled?

Why were sunscreen products recalled?

Johnson & Johnson recalled several spray-on sunscreen products because they were found to contain benzene, a toxic chemical that causes cancer.

The product liability lawyers at Miller & Zois handle defective product claims across the country. We are currently accepting new sunscreen cancer cases from anyone who meets the criteria discussed above.