Philips recalled many of its CPAP sleep and respiratory care devices earlier this year. The company acknowledged that the recalled machines contain a sound abatement foam that can release airborne particles and cause adverse health effects for users. In the wake of this recall, CPAP users immediately stopped using the devices and many have filed lawsuits against Philips. The CPAP recall lawsuits allege that the company failed to warn the public of this hazard and designed defective products. Some of the plaintiffs have alleged that the recalled CPAP devices caused them to suffer health conditions including headaches, inflammation, and cancer.

Philips released its first-quarter report for 2021 on April 26th. The report acknowledged the association between the problematic sound abatement foam in its CPAP and BiPAP devices and possible adverse health risks. Philips disclosed that different factors, including unapproved cleaning methods and specific environmental conditions, caused the sound foam to degrade into a toxic compound and become inhaled by users.

Philips indicated that it would cooperate with regulatory agencies and initiate appropriate actions to reduce these risks. Philips took out a €250 million ($290 million) provision to cover recall expenses.

Philips announced on June 14, 2021 that it would recall 18 different CPAP and BiPAP devices that contained sound abatement foam from the American market. The recall affected over three million devices. Philips researchers found that the foam degraded into carcinogenic particles that users could easily inhale and ingest. It advised patients using the recalled devices to stop using them and contact their physician to determine alternative treatments. 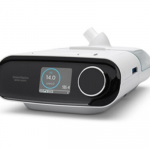 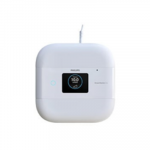 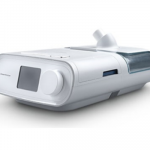 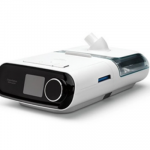 Philips announced on September 1, 2021 that it would repair and replace its recalled devices, primarily the first-generation DreamStation machine. The FDA authorized the plan to replace the sound abatement foam in these devices with new material. Philips announced that it would initiate the reworking in September 2021. It also began replacing first-generation DreamStation devices with second-generation ones. It disclosed that it would continue to cooperate with the FDA regarding the recall and mitigation plans. Philips aimed to complete the repair and recall program in 12 months.

A woman filed suit against Philips in California federal court in July 2021. She alleged that her use of the DreamStation BiPAP device exposed her to toxic chemicals. The woman stopped using it after finding out about the machine’s associated health risks. She alleged that Philips designed a defective product, breached multiple warranties, and unjustly enriched themselves.

A man filed a lawsuit against Philips in Pennsylvania federal court in August 2021. He alleged that the DreamStation CPAP machine exposed him to toxic chemicals. The man used the device earlier that year. He stopped using it after learning about the recall. The man feared that he would develop negative side effects. He claimed he would not have used the device if he knew about the defects. The man alleged warranty breaches, failure to warn, defective design, and unjust enrichment against Philips.

On September 12, 2021, a New York man filed suit in federal court. He alleged that his use of Philips’ DreamStation CPAP machine caused his cancer. The man initially used the device in June 2016. He received a prostate cancer diagnosis on September 12, 2018. The man sought compensation for pain and suffering and lost wages. He alleged failure to warn, defective design, and warranty breaches against Philips.

On September 22, 2021, a Missouri woman filed suit against Philips in Kansas City federal court. She alleged that the DreamStation CPAP caused her kidney cancer and esophageal issues. The woman purchased the device in 2017. She used it daily to treat her narcolepsy and sleep apnea. The woman developed esophageal inflammation and irritation in 2020. She received a kidney cancer diagnosis in January 2021. The woman underwent a nephrectomy three months later. She alleged defective design, failure to warn, defective manufacturing, negligent design, negligent misrepresentation, fraud, and unjust enrichment against Philips.

On September 27, 2021, a Texas man filed suit against Philips in San Antonio federal court. He initially purchased a DreamStation CPAP device in June 2019. The man developed inflammation and irritation to his skin, eyes, and nasal passages. He also developed headaches and breathing difficulties. The man stopped using the device after learning about the recall. He did not use a replacement. The man alleged that Philips failure to warn the public of the defective device, designed a defective product, breached warranties, and unjustly enriched themselves.