Other studies in the healthcare field have shown that only a fraction of people injured by medical negligence end up bringing a claim, let alone filing a lawsuit. So the reality is that most incidents of medical malpractice never even result in litigation.

The first step in any medical malpractice settlement process is to convince the defendants (or more specifically their malpractice insurance carrier and attorneys) that your malpractice claims are in fact legitimate. You would be surprised how many questionable malpractice cases get filed. If you want to start talking the long process of negotiating a settlement you first need to establish some preliminary legitimacy in your case.

To establish your case as legitimate you first need to show that you can prove 2 key elements of any malpractice claim:

Proving medical negligent can be very complicated and often difficult. You have to show that the doctor’s actions in treating the plaintiff somehow deviated from the accepted standard of care. In other words, you need to show that the defendant did not provide the same treatment that a reasonable doctor in the same position would have rendered. The ONLY way to prove this is by presenting testimony from a qualified expert witness (i.e., another doctor in the same field).

Proving the second element (causation) is often much more challenging than establishing negligence. The cause and effect link between a doctor’s negligence and the plaintiff’s alleged injuries (or harm) can often be very tenuous. Again, establishing this element requires expert witness testimony.

Once you establish that your malpractice allegations have at least some legitimacy (i.e., you might win if you go to trial), the next step is to start the long back and forth process of negotiating a settlement amount. There are a lot of factors that go into how much a case is worth. The most important is the severity of the plaintiff’s injuries. Plaintiffs in medical malpractice cases are entitled to damages for various things, such as

Adding all these damage elements up and supporting them with documentation and/or witness testimony can take time.

Settling Without Filing a Lawsuit Is Unlikely

Even the best settlement malpractice cases rarely settle before trial.  Even if the insurance company or hospital believes the doctor was negligent, there usually is a dispute as to what the true value of that loss would be to a jury.  So the defendant wants to see your whole case — or at least most of it — before making a settlement offer.  This is done during the pretrial settlement process.

Most Maryland Malpractice Lawsuits Settle in a Private Mediation

Almost all of our medical malpractice cases that settle resolve during a mediation with a private mediator or after the mediation.  Should opposing parties need a mediator?  No.  But somehow, for reasons I’ve never fully understood, it does facilitate settlement better than doing it alone (assuming a good mediator).

Settlement Approval from the Defendant in a Malpractice Case 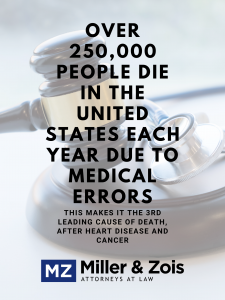 Even if you work out a settlement number with defense counsel, you may still need to get approval from their client. If the defendant in a medical malpractice case is an individual doctor, she typically must personally approve of any settlement that you might negotiate with the insurance company and their lawyers. This can be tricky because doctors are reluctant to admit wrongdoing (even when they are wrong) and a settlement will cause their malpractice insurance rates to increase significantly. Some doctors get very stubborn about agreeing to settle.  Usually, however, they change their tune if the possible verdict at trial exceeds their insurance coverage (which means they might have to foot the difference personally).

Getting Payment from a Malpractice Settlement

Once you finally get a settlement negotiated and fully approved by all parties, the next step is actually getting the money agreed to be paid in that settlement. Medical malpractice settlement payments can be structured in one of two ways:

What do most of our clients do?  Almost all of them choose a lump sum payout.  But in certain cases, a structure makes more sense.

Contact Our Medical Malpractice Lawyer for Help with Your Settlement