It is tempting to look at these numbers and provide an easy answer to the discrepancy: men make more than women. But the average wrongful death verdict for a male minor is $4,300,663 (median is $2,000,000) and the average verdict for female minors is 3,438,080 ($1,500,000 median). So it seems pretty clear that, for whatever reason, jurors place a higher value on wrongful death cases involving men and boys than women and girls.

Medical malpractice verdicts made up 36% of the verdicts in this study. Of course, this does not count settlements in wrongful death cases nor does it count defense verdicts. Certainly, when you are factoring in the settlement value of a medical malpractice case, you also need to consider Maryland’s cap on noneconomic damages because in most Maryland medical malpractice lawsuits, the cap on damages is not going to give the victim’s family much more than $1.5 million unless the economic damages (medical bills and/or past and future lost wages) are significant.

The following is a sampling of wrongful death lawsuits and settlements: 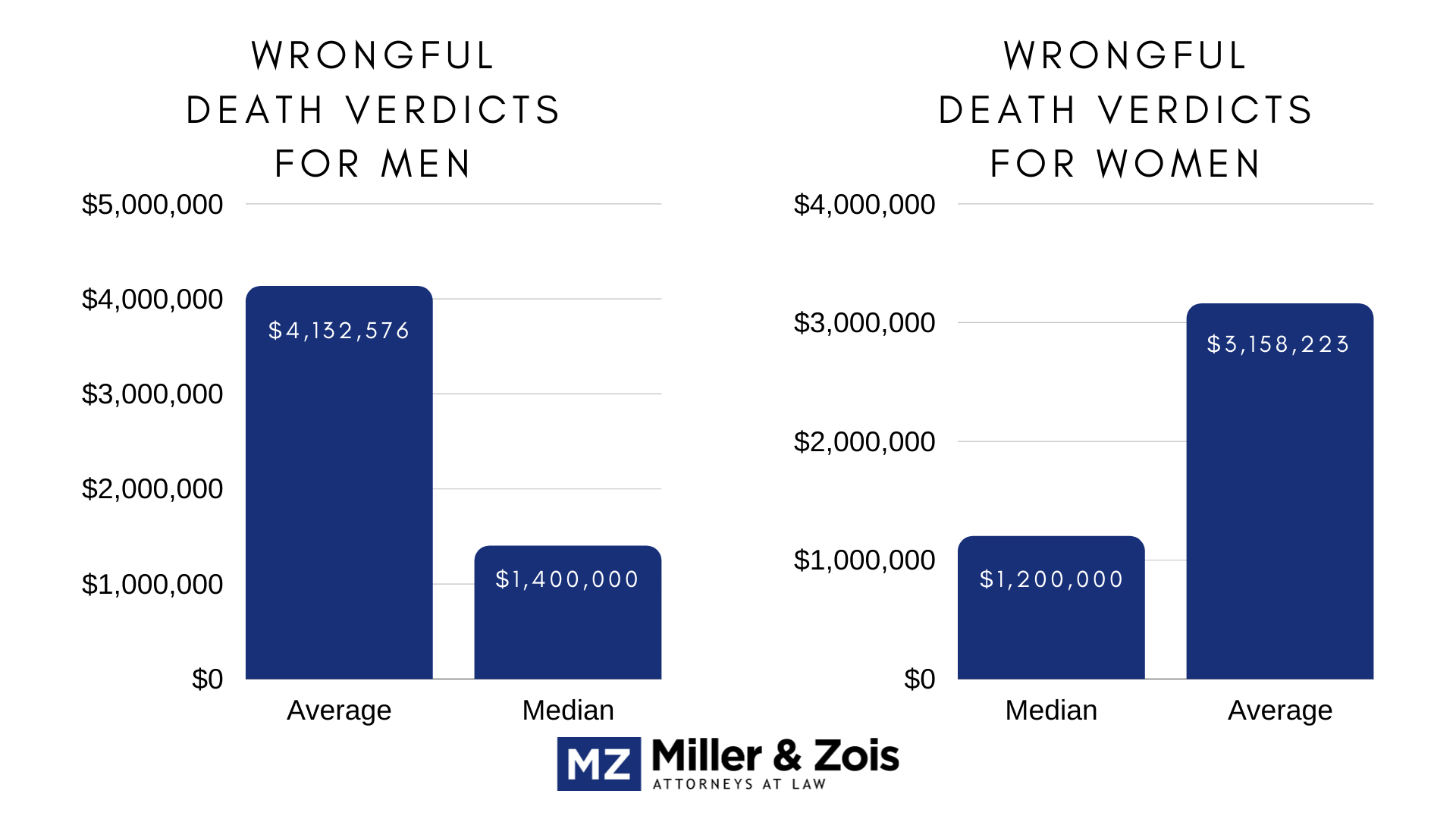