A plaintiff’s medical malpractice lawsuit against doctors she believes caused her to go blind was revived last week by the Tennessee Court of Appeals. The court remanded her malpractice action that had ended in a defense verdict. This is one of those rare cases when a motion for reconsideration actually worked because the court had previously affirmed the trial court. 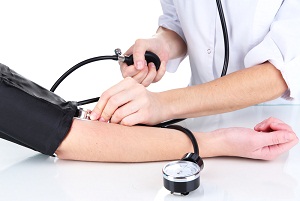 There Is a National Standard of Care for Doctors

At issue in the case is the malpractice locality rule. For historical reasons that escape modern logic, some states require the standard of care for doctors to be local instead of national. Most states, including Maryland, have moved away from the locality rule because it is insulting to patients to suggest that doctors in their area do not have to be as competent as other doctors around the country. The Tennessee Medical Malpractice Act stays firmly rooted in 1845 and imposes a geographic-based limitation on doctors offering opinion testimony in a medical malpractice lawsuit. To be qualified to testify, the doctors must have practiced within the preceding year of the action in a contiguous state to Tennessee.

This rule makes it really tough to find experts. Doctors are human. They do not want to testify against friends and colleagues. I really can’t fault them for that. But a law that limits who plaintiffs can use as an expert is going to make putting together a malpractice case very difficult.

In this case, the plaintiff claimed that a number of doctors committed medical malpractice during childbirth by failing to properly monitor her blood pressure before, during and after her C-section. This failure, plaintiff’s medical experts contented, caused her permanent blindness in both eyes. Just an awful injury.

Plaintiff had two expert witnesses – an OB-GYN and an anesthesiologist – set to testify at trial. The court did not allow plaintiff’s expert OB-GYN – the witnesses who would testify that the doctors deviated from the recognized standard of acceptable professional care in the treatment, because he was a St. Louis doctor.

The Tennessee Court of Appeals affirmed the trial court’s ruling, finding that the doctor simply did not do enough to demonstrate that he understood the locality at issue. But the court reversed itself after a motion for reconsideration in light of the Tennessee Supreme Court’s decision in Shipley v. Williams, 350 S.W.3d 527 (Tenn. 2011). This case looked at Tennessee’s locality rule in a new and more modern light:

Principles of stare decisis compel us to adhere to the requirement that a medical expert must demonstrate a modicum of familiarity with the medical community in which the defendant practices or a similar community. Generally, an expert’s testimony that he or she has reviewed and is familiar with pertinent statistical information such as community size, hospital size, the number and type of medical facilities in the community, and medical services or specialized practices available in the area; has discussed with other medical providers in the pertinent community or a neighboring one regarding the applicable standard of care relevant to the issues presented; or has visited the community or hospital where the defendant practices, will be sufficient to establish the expert’s testimony as relevant and probative to “substantially assist the trier of fact to understand the evidence or to determine a fact in issue” under Tennessee Rule of Evidence 702 in a medical malpractice case and to demonstrate that the facts on which the proffered expert relies are trustworthy pursuant to Tennessee Rule of Evidence 703.

What the court really means is this:

Tennessee has a dumb law that made sense back in the stone ages, but is unreasonable now. It is probably harmful to patients because doctors won’t feel compelled to stay current with medical progress and will throw out the “oh, I’m just a country doctor” defense that is really an abomination But we have this stare decisis thing we have to pay lip service to on this. So, a expert has to pretend to offer some random facts so the trial court can pretend the doctor has some familiarity with the medical community in which the defendant doctor practices. If he does that, we will tee it up on the merits and let the jury decide.

So the case now goes back to the trial court. The plaintiff’s malpractice lawyer has to make sure the expert puts on a real dog and pony show. And the trial judge is, I’m sure, bitter, but he clearly knows that the appellate courts in Tennessee want cases like this to be heard on the merits.