A new study, published in the Annals of Surgery, has determined that elderly nursing home residents may suffer more complications from major operations than other people their age. 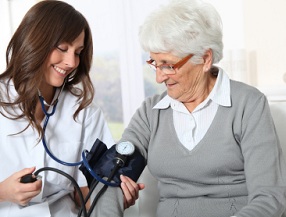 Based on more than 70,000 nursing home residents, and 1 million non-institutionalized Medicare enrollees 65 years and older, it is being reported that the elderly “are frail and often have advanced medical problems, which puts them at higher risk of dying after surgery.” An example cited states that 12 out of 100 nursing home residents who had their appendix removed died within a month of the procedure, as compared to 2 out of 100 elderly people living on their own.

The study revealed that the death rates were consistently higher among people in nursing homes. Why is this? Researchers have said that we may be too aggressive with surgery in nursing home residents, that they are frail and often have advanced medical problems. This puts them at a higher risk of dying after surgery.

While the study took into account a patient’s age, sex, and other ailments, the gap in death rates remained. Still, there were obstacles that could have an affect on the outcome of the research. The nursing home patients in this study were likely, on average, a higher risk surgical group. As such, it makes it difficult to pick out the effect that being older and sicker has on surgical outcomes because the majority of patients in that group were older and sicker.

Putting into perspective all the flaws that could be associated with the demographics of the study, I still think it makes sense to share the recent findings with the patient and their loved ones so that a fully informed decision can be reached. A decision that is based on ALL of the information available for the risks of surgical invention versus not having the surgery at all.