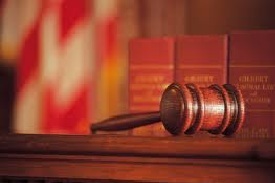 Plaintiff’s lawsuit contended that the radiologist failed to properly diagnose her breast cancer because he did not identify suspicious microcalcifcations on a mammogram.  She contended that the standard of care required spot compression views to determine the characteristics of the microcalcification under magnification.

The standard of care for a radiologist requires the doctor to look for any masses, clusters of white specks, unusual shadows, distortions, and special patterns of tissue density.  He should compare anything unusual to the other breast. It is not an easy job.  But the key is to err on the side of caution and see the warning signs that are there to be seen.

Did the Negligence Make a Difference?

Sometimes, in these failure to diagnose breast cancer cases, the best argument is that (1) the cancer was too far along to make a difference even if the diagnosis was delayed, and/or (2) the delay was not long enough so that a doctor can reasonably testify that it would have made a difference if it had been caught soon. That does not appear to be the case here.  The Plaintiff had expert testimony that if the radiologist had caught the suspicious microcalcifications on a mammogram that a reasonably prudent physician would have caught, the woman’s cancer would have been diagnosed as Stage IA.

State IA is a very early stage of breast cancer.  As you have been hearing this entire month of breast cancer awareness, early detection is a big key to long-term survival and to avoid more radical treatment for the cancer. Had this diagnosis been made at Stage IA, the Plaintiff would have just needed a lumpectomy.  But her cancer progressed to Stage IIIA.   The delay, the Plaintiff alleged, led to chemotherapy both before and after a double mastectomy, and radiation treatment.

What Made This Case Different?

Doctors’ lawyers can almost always gather some medical expert to say almost anything.  Rarely does the doctor admit responsibility.  But in this case, the doctor’s attorneys conceded that the mammogram showed suspicious signs. Instead, and this is pretty insulting, they argued that a double mastectomy was not necessary.  I mean, this is not an argument they ever would have used at trial.

Would This Case Be Different in Maryland?

This case settled for $1.6 million, even though the Plaintiff had a 70% chance of survival.   The cap on that case is $973,750 plus medical bills and lost wages if the negligence occurred in 2015.  So the settlement value of this case in Maryland — assuming $100,000 in lost wages and medical bills — is probably between $400,000 and $850,000 because there is no guarantee a jury would give you the entire cap in a case like this.  The difference in the values depends on how good the Plaintiffs’ lawyers are, how sympathetic the Plaintiff is, the venue of the case, and whether the doctor comes off as truly remorseful for what he did.